Join strategies and performance in PostgreSQL 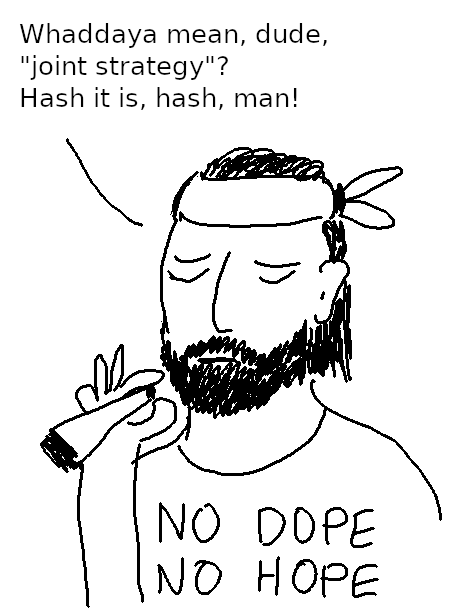 A join combines data from two relations. Such a relation can be a table base relation or the result of any plan node. For example, in a join like

the base relation a will be joined to the result of the join of b and c.

The execution plan for any join looks like this:

We call the upper of the joined relations (in this case the sequential scan on a) the outer relation of the join, and we call the lower relation (the hash computed from b) the inner relation.

A Cartesian product or cross join of two relations is what you get if you combine each row from one relation with each row of the other. The join condition is a filter that excludes some of these combinations. There are several ways to write a join condition, but all can be transformed to

If the join condition is of the form

Note that for inner joins there is no distinction between the join condition and the WHERE condition, but that doesn’t hold for outer joins.

This is the simplest and most general join strategy of all.

PostgreSQL scans the outer relation sequentially, and for each result row it scans the inner relation for matching rows.

Indexes that can help with nested loop joins

Use cases for the nested loop join strategy

Nested loop joins are particularly efficient if the outer relation is small, because then the inner loop won’t be executed too often. It is the typical join strategy used in OLTP workloads with a normalized data model, where it is highly efficient. If the outer relation is large, nested loop joins are usually very inefficient, even if they are supported by an index on the inner relation.

Apart from that, it is the only join strategy that can be used if no join condition uses the = operator. So it also serves as a fall-back strategy if no other strategy can be used.

This is somewhat similar to a nested loop join. Building the hash table is an extra start-up effort, but probing the hash is much faster than scanning the inner relation.

Indexes that can help with hash joins

Since we scan both relations sequentially, no index will help with a hash join.

Use cases for the hash join strategy

Hash joins are best if none of the involved relations are small, but the hash table for the smaller table fits in work_mem. This is because otherwise PostgreSQL would build the hash in several batches and store them in temporary disk files, which hurts performance. In such cases the optimizer usually chooses a different join strategy like a merge join.

In a merge join, PostgreSQL picks all join conditions with the = operator. It then sorts both tables by the join keys (which means that the data types must be sortable). Then it iterates through both sorted lists and finds matching entries.

Indexes that help with a merge join

Use cases for the merge join strategy

The optimizer usually chooses a merge join if the involved relations are both too big for a hash that fits into work_mem. So this is the best strategy for joining really large tables.

Like a hash join, a merge join is only feasible if there is at least one join condition with the = operator.

In both cases, a bad row count estimate is the cause of the problem. So while the join may be where we spend most of the execution time, the cause is a misestimate that happened earlier on.

How to make PostgreSQL choose the correct join strategy

Find out what the best join strategy is (perhaps PostgreSQL is doing the right thing anyway). You can disable different join strategies temporarily with the SET command, which changes a parameter in your current database session:

Note that you cannot really disable nested loop joins, only discourage PostgreSQL from using them. If there is no join condition with an = operator, a nested loop join is the only way.

Tuning queries is often not a simple, straightforward task. However, here are some guidelines and ideas:

Understanding the join strategies is crucial for anyone who wants to understand execution plans and tune queries. The art of query tuning cannot be conveyed in a single article, but I hope I could collect some relevant information here.

If you want to read more about tuning queries with joins, read some of our other articles on the topic, like Joining 1 million tables or Speeding up GROUP BY and joins.