PostgreSQL: Get member roles and permissions

PostgreSQL provides a highly sophisticated and powerful security and permission system. It allows you to define users (= roles), groups and so on. However, without a graphical user interface, it is usually a bit tricky to figure out which role is assigned to whom. The following blogpost explains how this can be done. Learn how to retrieve information on roles and role membership in PostgreSQL.

To show how users can be analyzed, we first create a couple of users and roles:

The important thing to note here is that “users” and “roles” are basically the same thing. The main difference is that a role is always NOLOGIN while a “user” is LOGIN. However, if you want a role to be able to log in, you can simply mark it as login. Otherwise, there is no difference. Behind the scenes, roles and users are all the same.

We can now assign roles to other roles (= users), using simple GRANT statements: 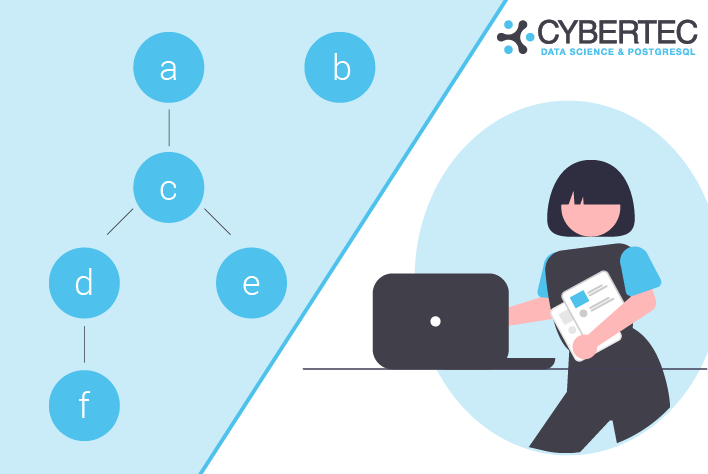 The goal is now to figure out how roles are nested and which role is assigned to which other role. Before we take a look at the final query, it makes sense to check out the system catalog and understand how data is stored. Let’s look at the roles first:

pg_authid contains a list of all roles, as well as some additional information (can log in, is superuser yes / no, etc.). What is noteworthy here is that each user has an internal number (= object id) which identifies the role.

The second important system table here is pg_auth_members. It basically knows which role is assigned to which other role. It is a simple role / member list which contains object ids to identify our users. The following query shows what my system table contains:

In PostgreSQL, all object ids below 16384 are reserved for system objects. Therefore I have excluded those, because we are only interested in users we have created on our own. Making the system catalog more readable requires a bit of joining, as you will see in the next section.

In PostgreSQL, roles / users can be nested. Nesting can be infinitely deep, which is why it is necessary to write a recursion, see below:

The query shows a list of all roles and how they are nested. The trick is mostly the “regrole” data type which allows us to cast an object ID directly to a username so that we can read it more easily. No additional joins are needed to resolve the ID.

If you are interested in security in general, I would like to recommend “PostgreSQL TDE” which is a more secure version of PostgreSQL capable of encrypting data on disk. It can be downloaded from our website.