The shibboleth of PostgreSQL 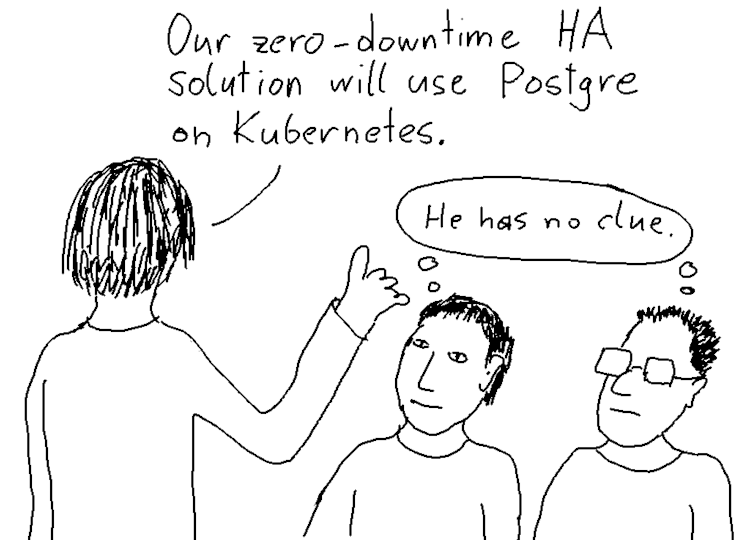 After all the technical articles I have written, I thought it would be nice to write about PostgreSQL sociology for a change.

A community like PostgreSQL has no clearly defined borders. There is no membership certificate; you belong to it if you feel that you belong. That said, you can only get that feeling if you feel accepted.

In all communities, language is an important factor. In the case of an international technical community where much of the communication is in written form, this is not so much about the correct accent or general mastership of the language: it is more the choice of technical terms that separates the “in” crowd from the outsiders. This “jargon”, which primarily serves to unambiguously convey certain technical concepts, also has a social dimension.

What is a shibboleth?

A shibboleth, as Wikipedia defines it, is

any custom or tradition, usually a choice of phrasing or even a single word, that distinguishes one group of people from another.

The Gileadites seized the fords of the Jordan and held them against Ephraim. When any Ephraimite who had escaped wished to cross, the men of Gilead would ask, ‘Are you an Ephraimite?’ and if he said ‘No,’ they would retort, ‘Say “Shibboleth.”’ He would say ‘Sibboleth,” and because he could not pronounce the word properly, they seized him and killed him at the fords. At that time fourty-two thousand men of Ephraim lost their lives.

Now, I am not suggesting that the PostgreSQL crowd engages in genocide, but there is a word that immediately exposes you as an outsider if you pronounce or write it wrong: The name “PostgreSQL” itself.

How to write and pronounce PostgreSQL

The official name is of course “PostgreSQL”, and the documentation states that

Many people continue to refer to PostgreSQL as “Postgres” (now rarely in all capital letters) because of tradition or because it is easier to pronounce. This usage is widely accepted as a nickname or alias.

Also, it is not unusual to refer to the product as “PGSQL” or, even shorter, “PG”.

Now “PostgreSQL” is not a word that lends itself to pronunciation easily (and there have been repeated attempts to change the name), so you can imagine that the pronunciation varies even more wildly. My research showed a surprising number of Youtube videos teaching what they perceive as the correct pronunciation, and there has even been a survey by the project about people’s preferred pronunciation. The widely accepted forms are “POST-gres-cue-ell” and “POST-gres”.

So given that diversity, you’d think that you cannot get it wrong – but you can.

How not to write and pronounce PostgreSQL

There are two ways to write and pronounce “PostgreSQL” that will immediately identify you as an outsider:

Nobody will seize and kill you if you use these, but people will assume that you don’t know a thing about PostgreSQL.

Fake it till you make it! Show that you belong and avoid calling the product “Postgre” or “Postgres SQL”.