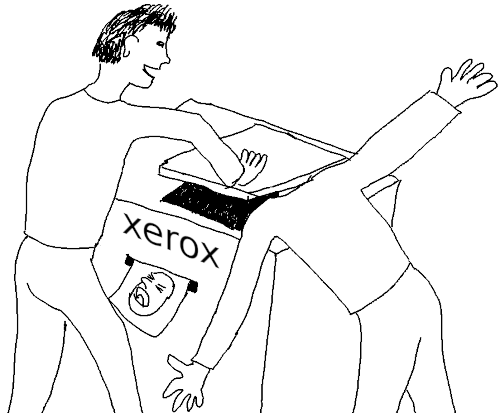 Streaming replication in PostgreSQL is a well-established master-slave replication technique. It is simple to set up, stable and performs well. So many people are surprised when they learn about replication conflicts — after all, the standby server is read-only.

This article describes replication conflicts and tells you how to deal with them.

What is a replication conflict?

There are several kinds of replication conflicts:

This is the most frequent replication conflict.

Snapshot conflicts can occur if VACUUM processes a table and removes dead tuples. This removal is replayed on the standby. Now a query on the standby may have started before VACUUM on the primary (it has an older snapshot), so it can still see the tuples that should be removed. This constitutes a snapshot conflict.

The queries on a standby server take an ACCESS SHARE lock on the tables they are reading. So any ACCESS EXCLUSIVE lock on the primary (which conflicts with ACCESS SHARE) must be replayed on the standby to keep incompatible operations on the table from happening. PostgreSQL takes such a lock for operations that conflict with SELECT, for example DROP TABLE, TRUNCATE and many ALTER TABLE statements. If the standby should replay such a lock on a table that a query uses, we have a lock conflict.

One way to reduce the need for VACUUM is to use HOT updates. Then any query on the primary that accesses a page with dead heap-only tuples and can get an exclusive lock on it will prune the HOT chains. PostgreSQL always holds such page locks for a short time, so there is no conflict with processing on the primary. There are other causes for page locks, but this is perhaps the most frequent one.

When the standby server should replay such an exclusive page lock and a query is using the page (“has the page pinned” in PostgreSQL jargon), you get a buffer pin replication conflict. Pages can be pinned for a while, for example during a sequential scan of a table on the outer side of a nested loop join.

The following types of conflict are rare and will not bother you:

Note that this view does not show all replication conflicts that occurred, it only shows the ones that led to a canceled query on the standby (see the next section).

How does the standby server resolve replication conflicts?

The parameter max_standby_streaming_delay determines what happens when WAL replay encounters a replication conflict (there is a similar parameter max_standby_archive_delay that does the same thing for archive recovery). PostgreSQL suspends replay of the WAL information for at most max_standby_streaming_delay milliseconds. If the conflicting query is still running after that time, PostgreSQL cancels it with an error message like:

The detail message shows that this was from a snapshot replication conflict.

max_standby_streaming_delay has a default value of 30 seconds, so queries on the standby get a “grace time” of half a minute to finish before they get canceled if they cause a replication conflict. This is a middle ground between the extreme settings of 0 (PostgreSQL cancels queries immediately, no delay for replay) and the special value -1 (PostgreSQL never cancels queries, arbitrarily long replay delay).

To understand how to best configure PostgreSQL to deal with replication conflicts, we have to take a look at the use cases for streaming replication.

Use cases for streaming replication

Streaming replication is the basis for most high availability solutions. Together with a software like Patroni that manages failover, it provides a robust shared-nothing architecture to build a fault tolerant system.

Clearly, the main objective with high availability is to have as little replication delay as possible. This way, standby promotion is fast and little information is lost during the failover. In this case, you want to set max_standby_streaming_delay low.

Note that you need not lose more data during a failover if the standby is behind with applying WAL – the WAL information is still streamed to the standby and written to pg_wal. But it will take longer for the standby to catch up, so the failover time increases.

Big queries for reporting or data analysis can generate load that may overload the productive system. The best solution for that is a data warehouse specifically designed for such queries. But often a standby server can serve as a “poor man’s data warehouse”.

Another example for off-loading are database backups: backing up a standby server puts no stress on the primary system.

The main objective in this case is to let the queries (or the backup) complete without interruption.

In this case, you want to set max_standby_streaming_delay to a value greater than the lifetime of the longest query, and it is no problem if there is a delay replaying WAL.

You can use standby servers to distribute database workload across several machines. In practice, there are several limitations to the usefulness of this approach:

How to deal with conflicting requirements

Ideally, a standby server serves only a single purpose, so that you can adjust max_standby_streaming_delay or hot_standby accordingly. So the king’s way it to have dedicated standby servers for failover and off-loading work.

But sometimes you cannot afford a second standby server, or you may be stuck in a situation like in the “horizontal scaling” scenario above. Then your only option is to reduce the number of replication conflicts as much as possible.

Obviously there can be no replication conflicts if there are no queries on the standby server. So if you set hot_standby = off on the standby, you don’t have to worry about this at all.

But while this method is simple and effective, it will only be feasible if the standby server is exclusively used for high availability. If you are not in that fortunate position, read on.

But there is one kind of ACCESS EXCLUSIVE lock that you cannot avoid that way: locks from VACUUM truncation. When VACUUM has finished processing a table, and the pages at the end of the table have become empty, it tries to get a short ACCESS EXCLUSIVE lock on the table. If that succeeds, it will truncate the empty pages and immediately release the lock. While such locks don’t disrupt processing on the primary, they can cause replication conflicts on the standby.

There are two ways to avoid VACUUM truncation:

The way to reduce such conflicts is to keep the primary from removing dead tuples that might still be visible on the standby. There are two parameters that help with this:

Note that while hot_standby_feedback = on will get rid of most of the snapshot replication conflicts, it will not necessarily eliminate buffer pin conflicts, since the page that the standby is using could contain some very old tuples. Moreover, I have seen snapshot conflicts in databases even when hot_standby_feedback was on, although after consulting the source I don’t understand how that could happen. Maybe a reader can enlighten me :^)

There is no very good way to avoid these conflicts. Perhaps you can reduce the number of HOT updates, but that would harm performance on the primary.

If you cannot afford that expense, or you want to use a standby for horizontal scaling, you will have to adjust hot_standby_feedback, max_standby_streaming_delay and the vacuum_truncate storage parameter to get as few canceled queries as possible while avoiding excessive table bloat and long replication delays.