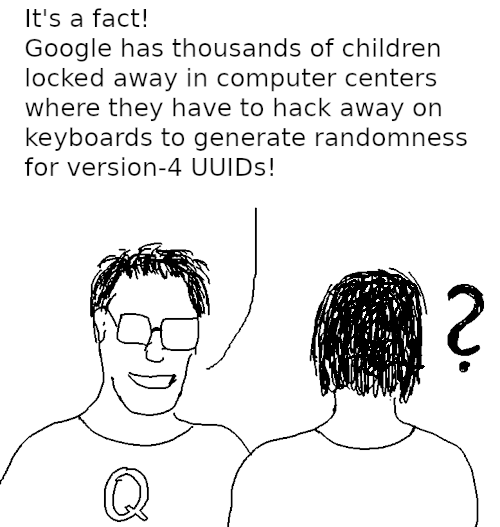 UPDATED 14.05.2022: Sometimes customers ask me about the best choice for auto-generated primary keys. In this article, I’ll explore the options and give recommendations.

Every table needs a primary key. In a relational database, it is important to be able to identify an individual table row. If you wonder why, search the internet for the thousands of questions asking for help with removing duplicate entries from a table.

There are two basic techniques:

Generating keys with a sequence

A sequence is a database object whose sole purpose in life is to generate unique numbers. It does this using an internal counter that it increments.

Sequences are highly optimized for concurrent access, and they will never issue the same number twice. Still, accessing a sequence from many concurrent SQL statements could become a bottleneck, so there is the CACHE option that makes the sequence hand out several values at once to database sessions.

Sequences don’t follow the normal transactional rules: if a transaction rolls back, the sequence does not reset its counter. This is required for good performance, and it does not constitute a problem. If you are looking for a way to generate a gapless sequence of numbers, a sequence is not the right choice, and you will have to resort to less efficient and more complicated techniques.

To fetch the next value from a sequence you use the nextval function like this:

See the documentation for other functions to manipulate sequences.

A UUID (universally unique identifier) is a 128-bit number that is generated with an algorithm that effectively guarantees uniqueness. There are several standardized algorithms for that. In PostgreSQL, there are a number of functions that generate UUIDs:

Note that you should always use the PostgreSQL data type uuid for UUIDs. Don’t try to convert them to strings or numeric — you will waste space and lose performance.

There are four ways to define a column with automatically generated values:

You can use this method with sequences and UUIDs. Here are some examples:

This method is a shortcut for defining a sequence and setting a DEFAULT clause as above. With this method, you define a table as follows:

That is equivalent to the following:

This is another way to use a sequence, because PostgreSQL uses sequences “behind the scenes” to implement identity columns.

There is also “GENERATED BY DEFAULT AS IDENTITY”, which is the same, except that you won’t get an error message if you try to explicitly insert a value for the column (much like with a DEFAULT clause). See below for more!

You can specify sequence options for identity columns:

This is similar to DEFAULT values, but it allows you to unconditionally override a value inserted by the user with a generated value. The big disadvantage of a trigger is the performance impact.

Should I use integer(serial) or bigint(bigserial) for my auto-generated primary key?

You should always use bigint.

True, an integer occupies four bytes, while a bigint needs eight. But:

Should I use bigserial or an identity column for my auto-generated primary key?

You should use an identity column, unless you have to support old PostgreSQL versions.

Identity columns were introduced in PostgreSQL v11, and they have two advantages over bigserial:

So unless you have to support PostgreSQL v10 or below, there is no reason to use bigserial.

Should I use bigint or uuid for an auto-generated primary key?

My advice is to use a sequence unless you use database sharding or have some other reason to generate primary keys in a “decentralized” fashion (outside a single database).

The advantages of bigint are clear:

One disadvantage of using a sequence is that it is a single object in a single database. So if you use sharding, where you distribute your data across several databases, you cannot use a sequence. In such a case, UUIDs are an obvious choice. (You could use sequences defined with an INCREMENT greater than 1 and different START values, but that might lead to problems when you add additional shards.)

Of course, if your primary key is not auto-generated by the database, but created in an application distributed across several application servers, you will also prefer UUIDs.

There are people that argue that UUIDs are better, because they spread the writes across different pages of the primary key index. That is supposed to reduce contention and lead to a more balanced or less fragmented index. The first is true, but that may actually be a disadvantage, because it requires the whole index to be cached for good performance. The second is definitely wrong, since B-tree indexes are always balanced. Also, a change in PostgreSQL v11 made sure that monotonically increasing values will fill an index more efficiently than random inserts ever could (but subsequent deletes will of course cause fragmentation). In short, any such advantages are either marginal or non-existent, and they are more than balanced by the fact that uuid uses twice as much storage, which will make the index bigger, causing more writes and occupying more of your cache.

People have argued (see for example the comments below) that sequence-generated primary keys can leak information, because they allow you to deduce the approximate order on which rows were inserted into a table. That is true, even though I personally find it hard to imagine a case where this is a real security problem. However, if that worries you, use UUIDs and stop worrying!

My co-worker Kaarel ran a small performance test a while ago and found that uuid was slower than bigint when it came to bigger joins.

I decided to run a small insert-only benchmark with these two tables:

I performed the benchmark on my laptop (SSD, 8 cores) with a pgbench custom script that had 6 concurrent clients repeatedly run transactions of 1000 prepared INSERT statements for five minutes:

Using bigint clearly wins, but the difference is not spectacular.

Numbers generated by a sequence and UUIDs are both useful as auto-generated primary keys.

Use identity columns unless you need to generate primary keys outside a single database, and make sure all your primary key columns are of type bigint.

If you are interested in reading more about primary keys, see Hans’ post on Primary Keys vs. Unique Constraints. 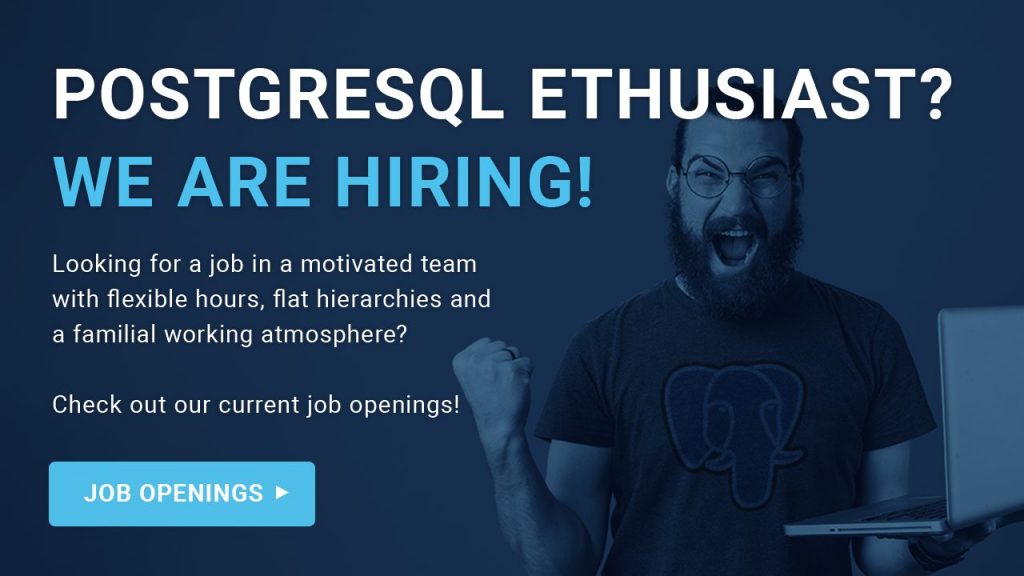